Lost in a State

— The poetry and words of Matthew Peipert — 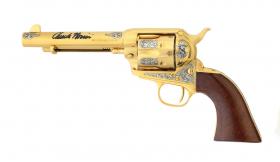 Be daring. Be brave. Buy a Chuck Norris Tribute Revolver. Be a man. Man up. Sack up. Shoot somebody. Punch somebody in the face. Jizz all over everything. Bros before hoes. Stay harder longer. Support your local Department of Defense. Kill men. Kill women. Bomb them back to the Stone Age. Order an Extreme Pizza from Dominos. Get vigilante. Don’t cry. Don’t even let your eyes sweat. Shock and awe. Disrespect somebody’s mama. Read Maxim magazine. Strap up. Lock and load. Let’s roll. Boo-yah! Yee-haw! Kill ‘em all and let god sort ‘em out. These colors don’t run. Die for your country. Kill for your country. Number one. Numero uno. Our heroes, our brave soldiers. Buy a Chuck Norris Tribute Revolver. Curse a lot. Use the word motherfucker as much as possible every single day of your life. Jump sideways and horizontally while shooting your two guns. Click the button and walk away from the explosion without looking back. Be Army Strong. Be an Army of One. The Few, the Proud. Buy a Chuck Norris Tribute Revolver. Only 500 available. Sack up. Don’t be a pussy. Hoard weapons of mass destruction. Show your pimp hand. Be an action movie star. Wear sunglasses indoors. Wear sunglasses at night. Rock out with your cock out. Speak in a loud voice when confused. Tattoo “American” in latin gang script across your shoulder blades and back. Pack heat. Front. Don’t back down. Don’t think. Talk the talk. Carry a big stick. Invest at least half of all your money in weaponry. Fight outside clubs. Fight inside clubs. Knock the chip off his shoulder. Smack that motherfucker. Smack your bitch up. Chupa me la verga, Mamasita. Order bottle service. Blink your bluetooth. Wear a diamond-encrusted crucifix. Sip Patron. Smoke chronic. Get some nuts, bitch. Suck my dick, dawg. Lick my balls, homie, bro, son, man, vato, cabron, culero, faggot, motherfucker. Talk trash. Talk smack. Be a hero. Choose your own adventure. Buy a penis pump. Use Axe shower gel. Choose automatic over semi-automatic. Drive a hummer and just don’t give a shit. Fuck this. Fuck that. Buy a Chuck Norris Tribute Revolver. Honor our troops. Wear yellow ribbons. Screw tawny women on shore leave. Salute your superiors. Gun down your superiors. American badass. Bring it on. Cut some brush. Wear an American flag necktie. Get ripped. Look to score at funerals. Just do it. Mission accomplished. Superman dat ho. Be a big man. Spot me. Swing that dick. Make your mark. Make my day. Don’t shoot until you see the whites of their eyes. Jizz all over everything. Bark at squirrels. Smear the queer. Pump pecs with your posse. Get some pussy. Keep your bitch on a leash. They can pry my gun from my cold, dead fingers. Cap that ass. Tap that ass. Pop that motherfucker. Pull yourself up by your bootstraps. Buy a Chuck Norris Tribute Revolver. Introductory issue price only $1,995. Sir, yes, sir! Remember the Alamo. Liberty. Equality. Fraternity. Jack off in a coffin. Survival of the fittest. Drink Jaegermeister. Listen to reggaeton. Don’t stop get it get it. Grab titties. Pop coochies. Pop cherries. Sag your pants. Watch greased men wrestle in underwear. Show no fear. Shave your head. Cultivate your goatee. Hold your nuts. Don’t let impotence ruin your sex life. Be daring. Be brave. Be a man. Buy a Chuck Norris Tribute Revolver today.